How To Become A Programmer Without A Degree & Experience

In this series, I’ll show you lots of new stuff that I didn’t include in Catch the Ball series.

You can download free demo app from the link below. Please download and try it before starting the course! 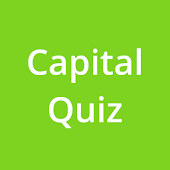 In this chapter, you’ll learn:

If you just want to know how quiz game works, definitely try it!

Feature1: SQL Database
In chapter1, we prepared only 15 quizzes. As the quiz app, these are not enough for users.
So, I’ll show you how to use SQL Database so that you can generate lots of quizzes.

Feature2: Sound Effect
The sound effect is the necessary feature for games.
Let’s add correct and wrong sounds, and keep users from getting bored! (I’ll give you downloadable files.)

Feature3: AdMob Banner Ad
After releasing the app, generating revenue is the significant part.
I created the video about the interstitial ad in catch the ball tutorial, so we’re going to implement the banner ad in this tutorial.
If you combine interstitial and banner ads, you’ll be able to make more money!

This is the big bonus chapter, and we’re going to connect to Play Games Leaderboard.

When I first tried this, I had read documents and several blog posts.
I could do it, but it was complicated…

In my tutorial, I don’t want you to feel the same way!
I wrote code as simple as possible and included images that help you to understand.

By the end of the course, you’ll be an Android app developer!

See you in the course 🙂

Sara
Working as a freelance programmer in Japan. I try to make coding as simple as possible. Hope you enjoy coding ????
RELATED POST
Search
Programmer
Sara